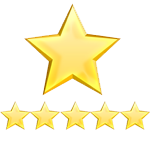 Rated Excellent for Service
with 8000+ reviews 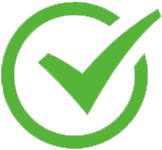 “Kelvin Power Tools was recommended to me by a colleague who had used you for a repair on his Paslode gun. From my first phone conversation, I was put at ease regarding how easy it was to use the company for a service and repair. I followed all instructions and had confirmation the next morning that my nail gun had arrived. This was followed by a text message to inform me of how much the service and repair would cost. I gave the go ahead for the work and I was then called for payment when the nail gun was fixed. At this point, I was told when I would receive my nail gun and, other than a short delay that I was informed about, I received my nail gun back; all cleaned up, serviced, repaired and working as good as when I first bought it. I also received a detailed invoice and receipt for the parts used and the work carried out. I would say this company was fantastic. They did exactly what they told me they would following my first phone call and I will definitely use them again. Thank you very much. Ten out of ten from me.”

No matter where you are, take advantage of our FREE Paslode pick-up available across mainland UK!